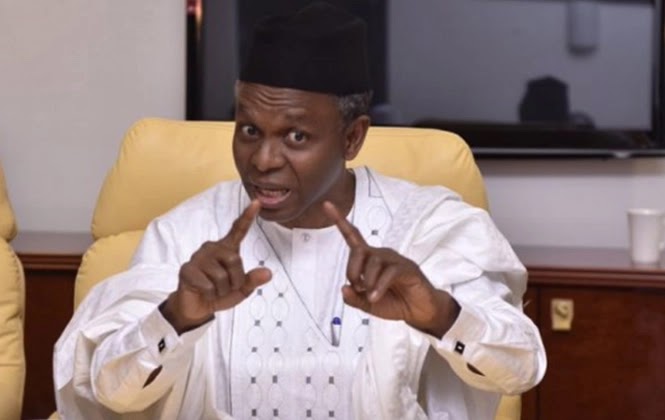 Kaduna State Governor, Mallam Nasir El-Rufai, has said some people are scared that restructuring would affect their political viability.

He said this in a statement issued by his Special Adviser to the Governor (Media and Communication), Mr. Muyiwa Adekeye.

The statement was titled, ‘Restructuring is a national endeavour, let’s realise it together’, and shared by the governor on his social media handles.

El-Rufai called for a collective national endeavour to secure the necessary constitutional amendments.

He said, “restructuring is a pragmatic imperative for a more efficient governance structure in our country. It will enable a departure from excessive centralisation, rebalance the federation and locate powers and responsibilities in the tier of government best able to effectively discharge them.

“Pragmatism advises cooperation in attaining this collective endeavour. However, recent comments from some regional groupings make it difficult to escape the suspicion that certain persons regard the realisation of restructuring as a moment of peril.

“They appear to fear that the possibility of restructuring being actualised may erode their political viability or remove a platform for grandstanding. We assure them that they can always find new causes to pursue, post-restructuring, like working with others to ensure that the newly devolved governance structures work efficiently across the federation to deliver better outcomes for all our people.

“There iws a unique opportunity for all Nigerians who believe in the merits of restructuring to work together to realise it. As a fundamental redesign of the anchors of the Nigerian state, restructuring can be achieved only by constitutional means and processes. This means that the National Assembly is the primary platform for attaining it, followed by the necessary concurrence by two-thirds of the state Houses of Assembly in the country, and presidential assent.”

He explained that restructuring would ensure that every part of the country has representation in the National Assembly.

The governor said, “states and interest groups that wish to advance restructuring can persuade any of their federal legislators to present the draft bills in the report of the APC True Federalism Committee, for instance, or any other relevant draft legislation for consideration and passage by the federal legislature. This is the productive direction to consider, rather than revel in idle doubt and pessimism when the national interest is calling for active engagement.

“There is no extra-constitutional route to resolving a constitutional matter on which there exists reasonable consensus and for which draft bills have been prepared. As a body of Nigerians elected from constituencies across the country, the National Assembly is the veritable constitutional conference. Therefore, it is not helpful to seek to traduce its legitimacy, especially by persons who do not have any electoral mandate.”

POPULAR OF THE WEEK