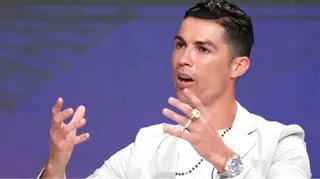 Police are investigating a potential breach of Italy’s COVID-19 regulations by Juventus forward Cristiano Ronaldo after he allegedly travelled between the regions of Piedmont and Valle d’Aosta.

Valle d’Aosta police confirmed to Reuters that an investigation is underway into a trip to the Alpine town of Courmayeur by Ronaldo and his girlfriend Georgina Rodriguez on Tuesday and Wednesday.

Authorities were alerted to his alleged presence in the region by videos on social media showing the couple sitting on a snowmobile and celebrating Rodriguez’s 27th birthday.

Movement between ‘orange zone’ regions in Italy, including Piedmont and Valle d’Aosta, is forbidden under the current government decree.

Dj AB is Working On A New Video

AB Gentle - March 1, 2021
2
From the table of ATY, the boss himself Lil Yuskid is here with another banger collaboration, dubbed "Tayi Marisa" featuring the northern baddest rapper...